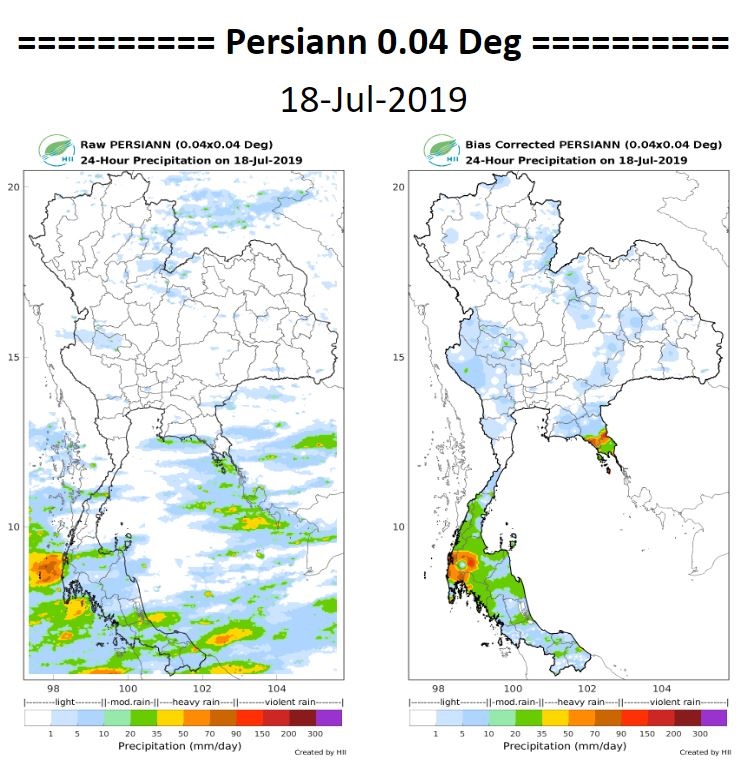 Raw and bias-corrected PERSIANN-CCS data from the Hydro and Agro Informatics Institute of Thailand.

In the 12th International Precipitation Conference, held on June 19-21, 2019 in Irvine, California, science and applications of ICIWaRM- and UNESCO-sponsored precipitation and climate products (i.e., the PERSIANN family of products developed at the University of California, Irvine’s Center for Hydrometeorology and Remote Sensing) were described in 13 presentations. Results from several western states of the United States, the North Pacific Ocean, the Tibetan Plateau, the Lake Kyoga basin of Uganda, and various global studies were presented. ICIWaRM is the Global Technical Secretariat of UNESCO’s drylands water resources initiative “G-WADI“.

The adjusted products (such as those shown in the attached image from the Hydro and Agro Informatics Institute of Thailand) are currently input to the Thai national operational flood forecasting system and contribute to flood warning, especially in areas with limited rain gauge and radar coverage.