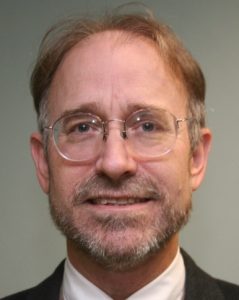 William S. (Will) Logan was named Director of the International Center for Integrated Water Resources Management (ICIWaRM), in Alexandria, VA, in April 2018, having served as its Deputy Director since 2008.  The center is under UNESCO’s auspices and does training and capacity-building globally, in collaboration with UNESCO’s International Hydrological Programme (IHP) and other UNESCO-affiliated water centers.

In 2009, Will was Science Attaché for the U.S. Mission to UNESCO in Paris, handling fresh water, oceans, climate change, and the basic sciences. From 1999-2008, he was Staff Officer and Senior Staff Officer at the Water Science and Technology Board of the National Research Council, directing studies related to large-scale watershed restoration, managed aquifer recharge, river science, space-based and in-situ sensor technology, and biofuels.  Formerly, he was Assistant Professor of Hydrogeology at The George Washington University, and Assistant to the President for the Association of Geoscientists for International Development (AGID).

He serves on the Board of Directors of Aqua-LAC, the Journal of UNESCO IHP for Latin America and the Caribbean, and on the Governing Board of the Centro del Agua para Zonas Áridas y Semiáridas de América Latina y el Caribe (CAZALAC) in La Serena, Chile. In addition to France and Canada, he has lived, worked or studied in Colombia, Honduras, Argentina, Japan, Thailand and Sri Lanka.